Work on backdrops has continued throughout the last couple of months.

I was able to paint backdrops from the river scene into the space between the peninsulas. You can also see the subroadbed in place in these shots. 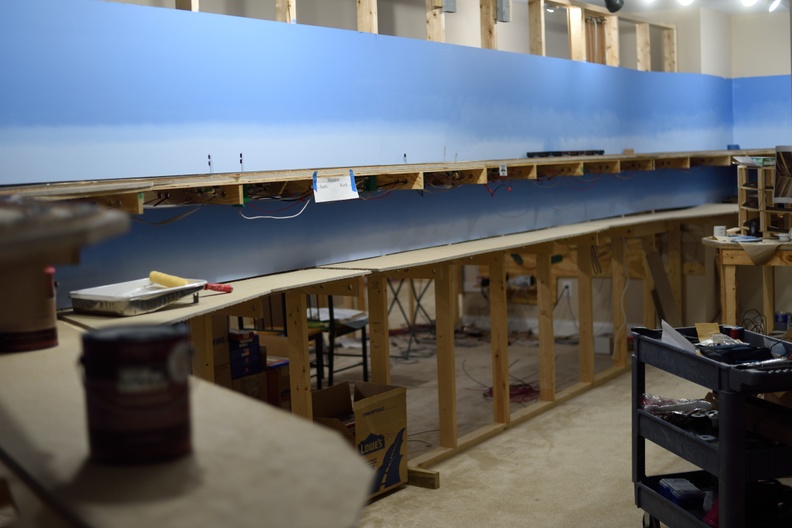 A Shot in the Dark

Pictures of the final open house of the Easton and Potomac have been posted to the gallery. 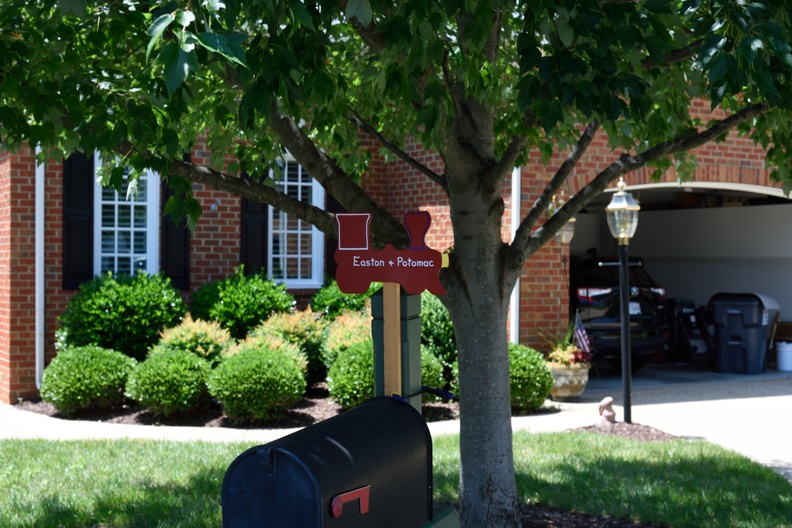 You can find it them at Richmond Terminal Gallery
Posted by Rick at 6:00 AM No comments:

The second Operating Session, held July 11th, was a success.

Expect pictures from the session and additional updates to follow this week and next.
Posted by Rick at 11:07 AM No comments:

Waste not, want not. 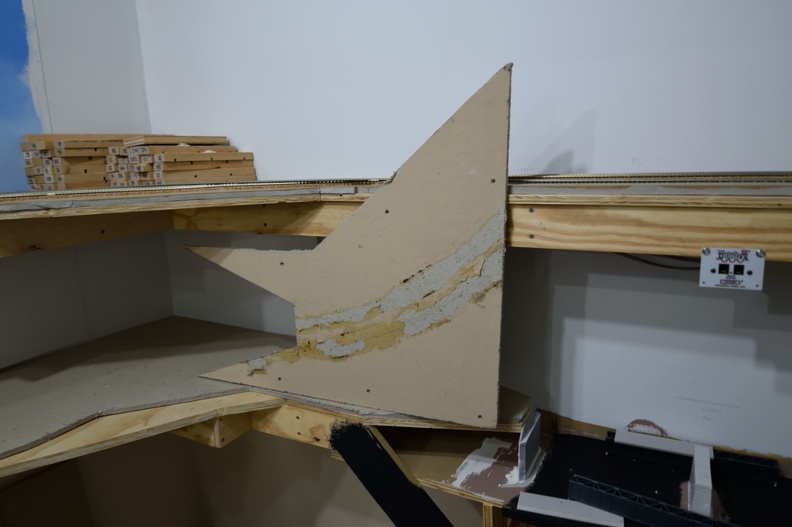 Scenery? On my railroad? It's happening!

I wanted a bridge scene to give the railroad a more realistic feel than last time - the area of Virginia that the RF&P runs through is full of creeks, rivers and small elevation changes so I wanted to capture this.

I picked the bridge over the Chickahominy River as the target of my modeling since it is a plate girder bridge and good model kits exist for that style of bridge.

I bought a Micro Engineering concrete deck bridge kit and used it for a test. It looked good, so I attempted to source more of them and ended up having to turn to eBay. Also got the bridge abutments the same way.

As a FYI, the abutments are Walthers Cornerstone series and their heights do NOT match. I had to spent a fair amount of time cutting and sanding.