In a couple of the newer shots, you might notice the black fascia that's been installed on the upper level.

I'm using the same 1/8" masonite that I used for the backdrops, cut into a 5" wide strip and painted a flat black. (I've had a gallon of flat black for over 10 years since I bought it for version 1 with the intention of painting the benchwork to better minimize it visually, but that never happened.)

To mount it, you have to have a fairly smooth plane to do so, meaning any sort of protruding benchwork needs to be trimmed.

If you are a better planner and executor of your plans, you might be able to avoid the illustration shown here. 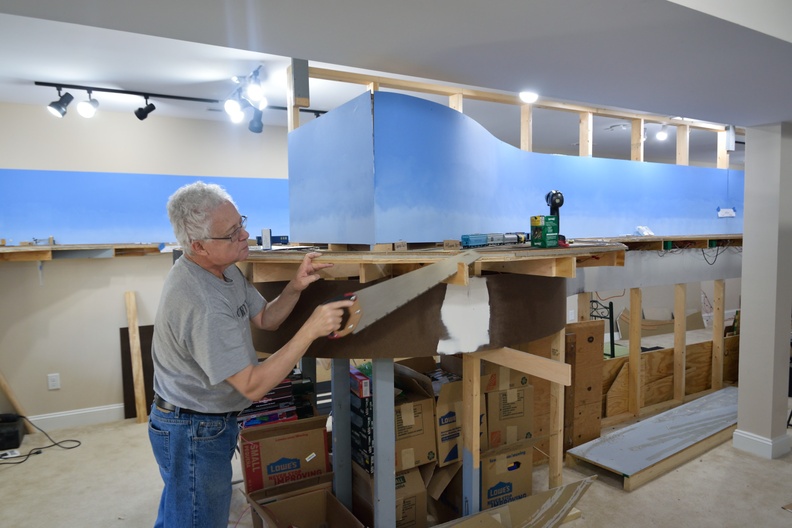