One part of the planning process that can get overlooked is being able to wire the layout up so you can run trains.

You need to plan for a place for the wire runs, of course, but don't forget to have space set aside for where you DCC command station, booster(s), circuit breakers, etc are going to go.

Due to the size and nature of Version 2, I'm going to end up with 3 booster districts, broken into a couple of circuit breaker sub districts. Version 1 was powered by a single Digitrax DB150; the current plan calls for one addition DB150 if a good deal can be had on one, or the current generation booster, as well as the top of the line command station, the DC240.

Having three power feeds will allow me to avoid building any sort of bridge to carry bus wires over the lift bridge areas, as well as keep the buses to 50' in length or less.

The central location is inside the middle aisle. I didn't want to deal with trying to mount the various components to the drywall, so a wall field was in order. 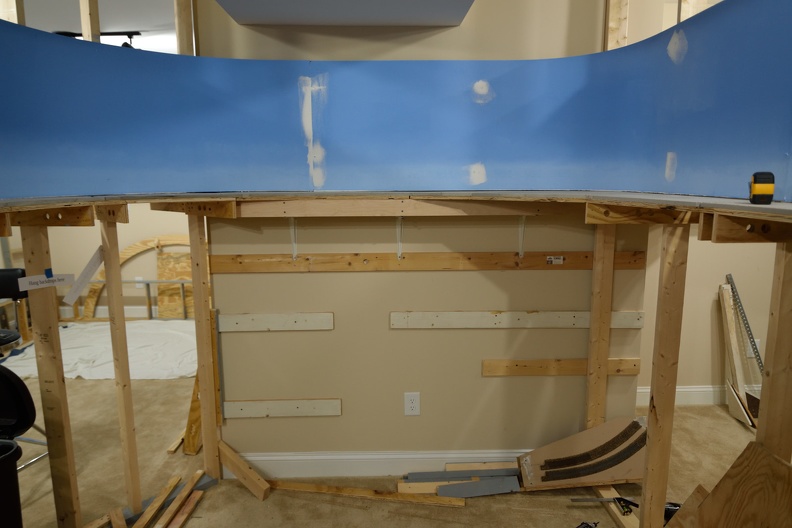 An additional 1x4 was put in to complete the furring strips. I also took this opportunity to put in a spacer piece for the lower level backdrop in this corner.

Again, in a waste not, want not, solution, the scrap from building the upper helix approach from version 1 was reused here. That will explain the curved sides. :)
Posted by Rick at 8:00 AM