The Amfleet cars actually have a fairly interesting history on the model front, at least in HO scale.

If you are interested in the more of the Amtrak fleet information, especially the stuff that is electric, a good resource for bunches of his model stuff is Kyle Nembhard; his site is here.

Anyway, for a pretty numerous prototype, accurate cars in HO scale have been just about non-existent. There was a brass version offered, I believe in the 1980's, that was the basis for some of the earlier plastic versions. Unfortunately, the brass model had a couple of issues that got carried over to the plastic version.

Both Walthers and Bachmann produced Amfleet cars, in various types and schemes and if you were operations focused, they could be considered 'good enough'.

Underbody detail was almost nonexistent, other details were lacking, and the overall shape wasn't quite right.

Walthers spun up to produce a Metroliner model a few years ago and thereafter, announced new Amfleet cars from totally new tooling, which was good and would be offered in their Protoline, which was also very positive. The one major downer was the price. Standard cars were priced at $79 and lighted cars were another $10.

The test version of the cars that I saw at Walther's booth at the 2012 train show were very nice and I was impressed at the level of detail on the car. I was still a bit taken aback by the eighty dollar price tag, but felt a bit better about what I was getting for my money.

Originally, these car were going to be available January 2013, but they finally shipped this year (2014) in late winter.

Here is the new car; this particular one is a coach. 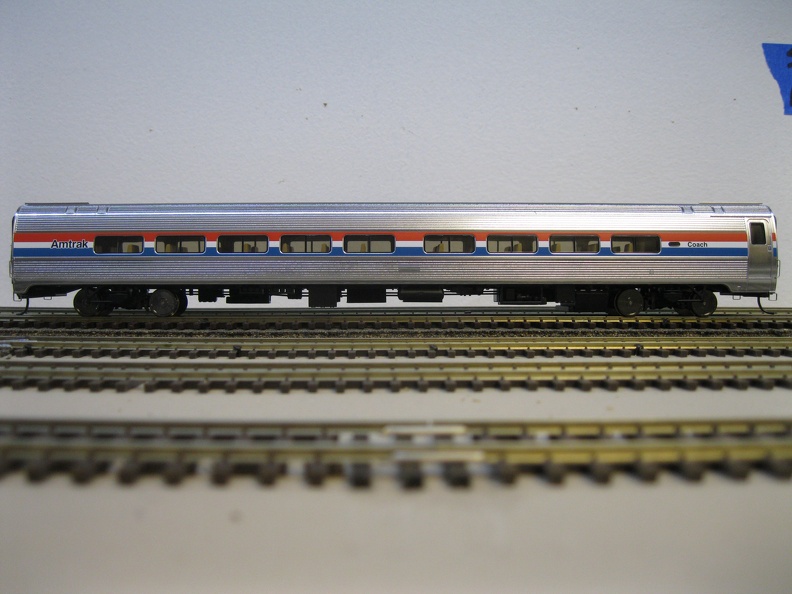 Note the overall shine to simulate the stainless steel of the prototype car, the underbody details aplenty and the very light and lacy grab irons on the corners.

Now, let's look at one of the older production Walthers cars.

Less shiny to start with; you can see lots of air through the bottom of the car and grab irons are totally missing. 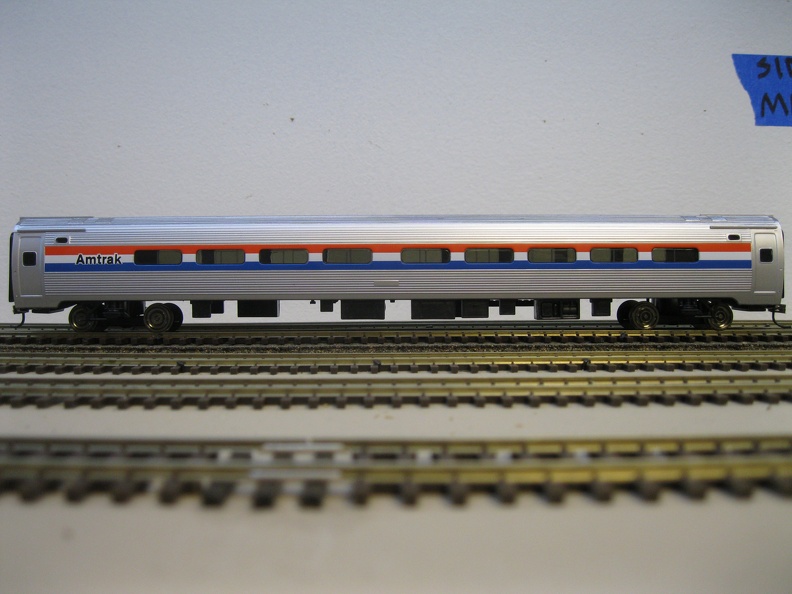 Let's look at a couple of other angles of these cars. 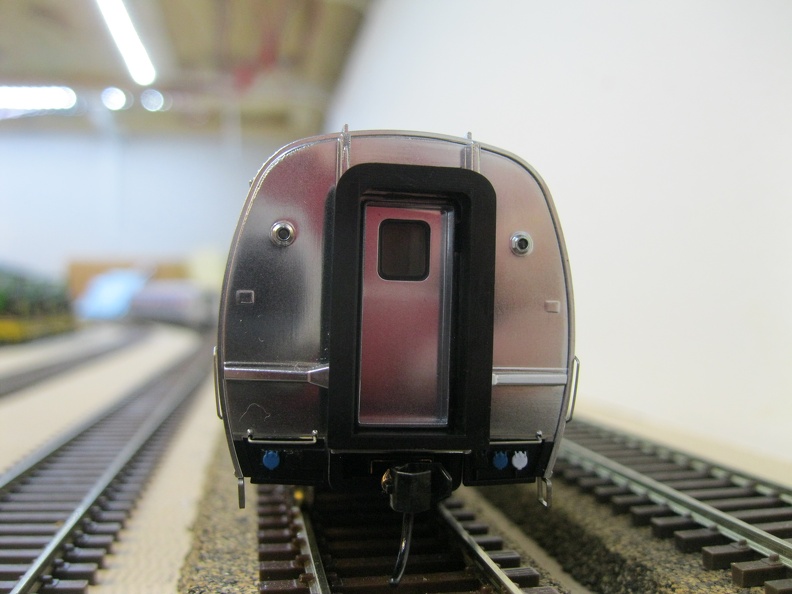 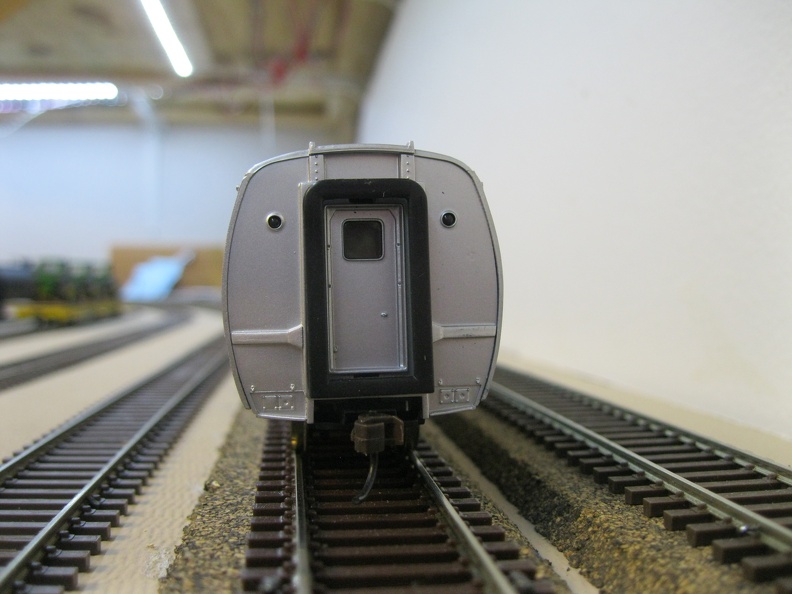 Again, the level of detail in the newer car (top picture) is much higher. Also, this shows the different profile of the cars; if you look near the upper corners, it is pretty noticeable.

About the trucks for these older cars. The original design left lots of be desired. 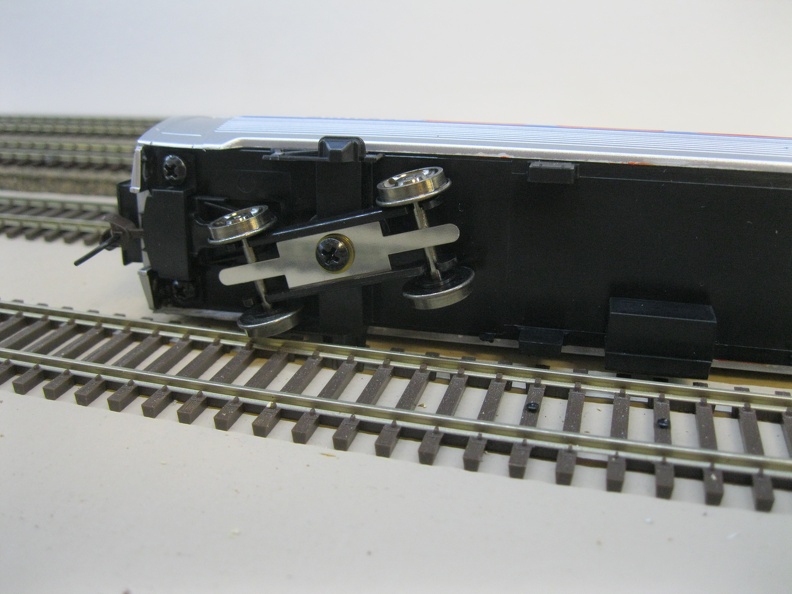 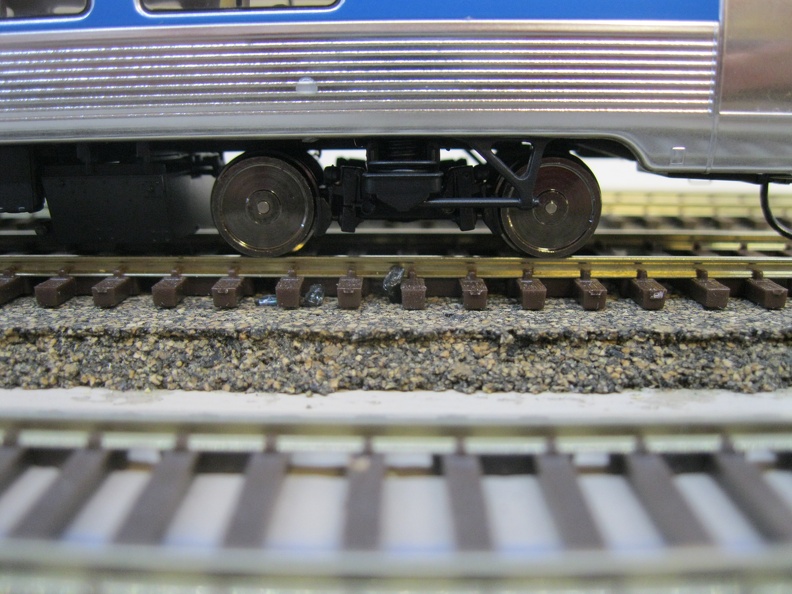 Basic truck, no bearings and the axles will wander back and forth inside the truck. And if you want to light it, some work will be needed. Without some serious hacking, you will only get pickup on one rail per truck.

Now, the new truck is off the chain. 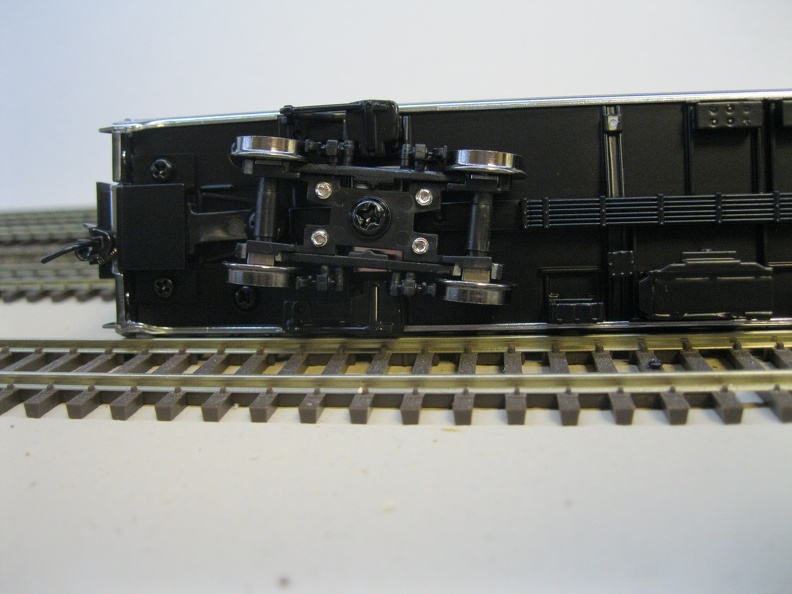 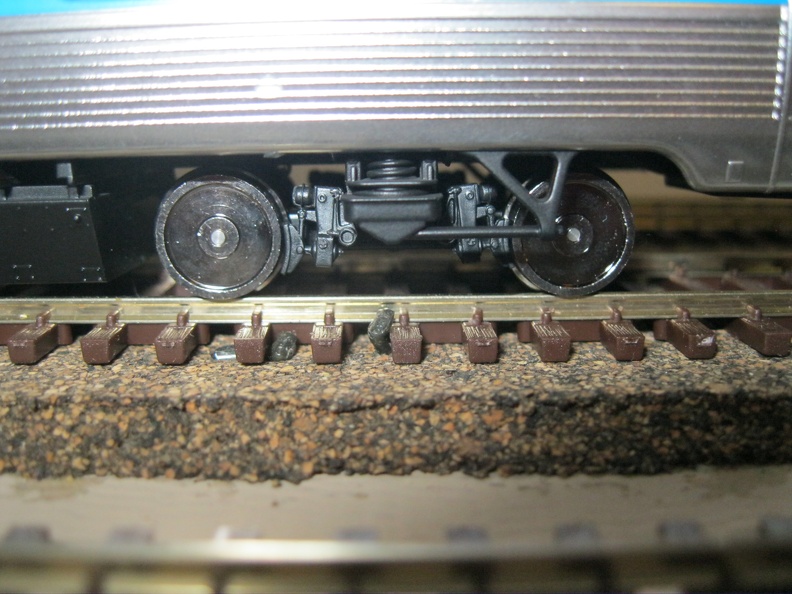 Let's finish up with some shots with both cars. 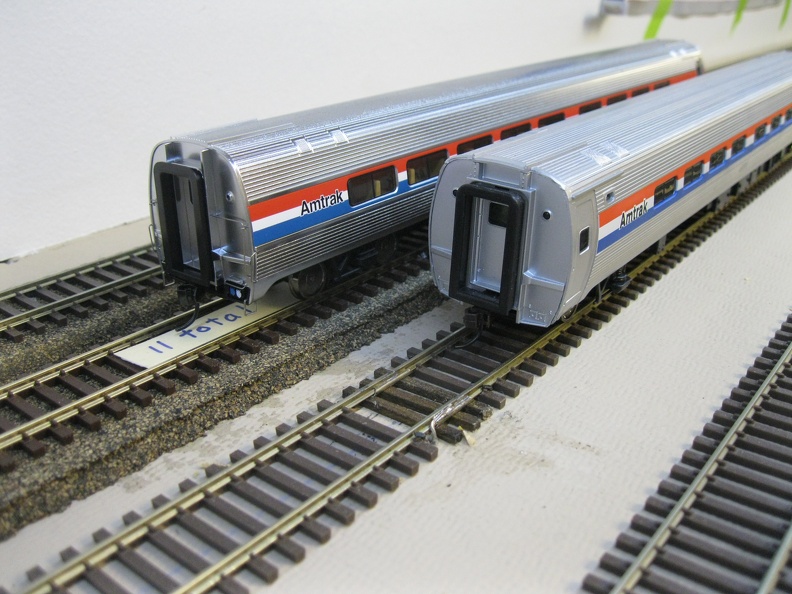 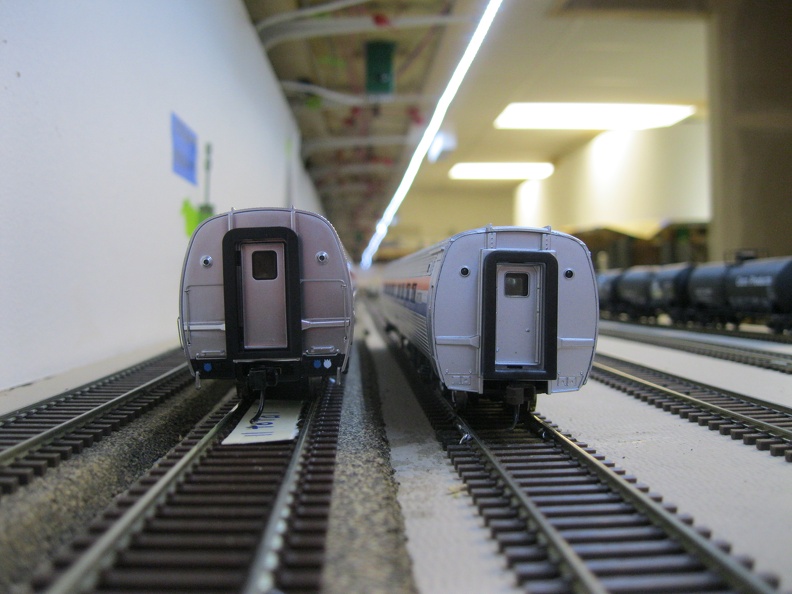 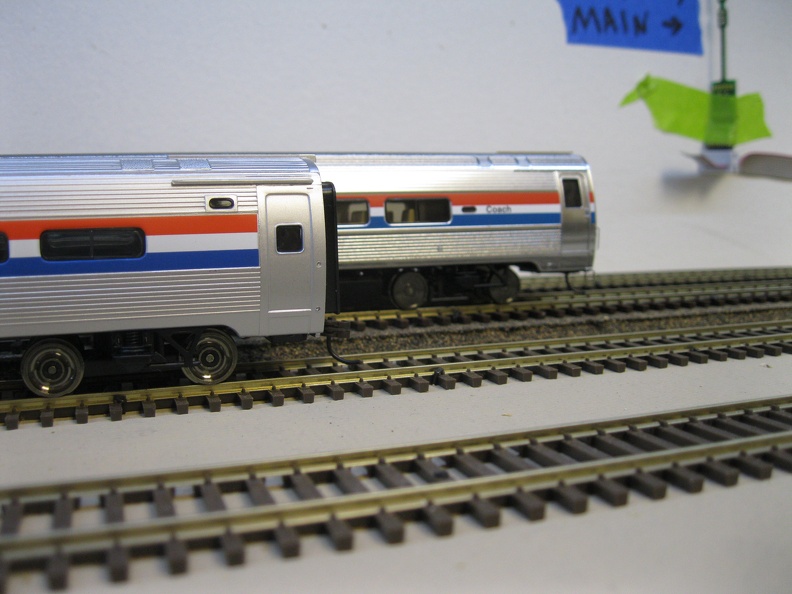 Coming up in this theme is a look at some of the Superliners, a look at the baggage cars and then hit the sleepers and diners.
Posted by Rick at 9:00 AM