I picked a place between the Milford and North Doswell CPs to begin laying out my center lines and putting down cork.

I did this since it was a fairly simple area, from a track layout perspective, and it was also where I could lay track quickly since the crossovers and turnouts in this area were covered by what was recovered from version 1.

I've hit some of this with a 120 grit belt in the belt sander (Santa brought me one for Christmas) so I get a nice working surface for track work that hopefully won't have any big time vertical bumps that cause problems later.

Probably hard to tell, but here's the delineation between sanded and not.

Do note the sanded ramp down to homasote level for the industrial spot here.


Note the work area for track way back there. 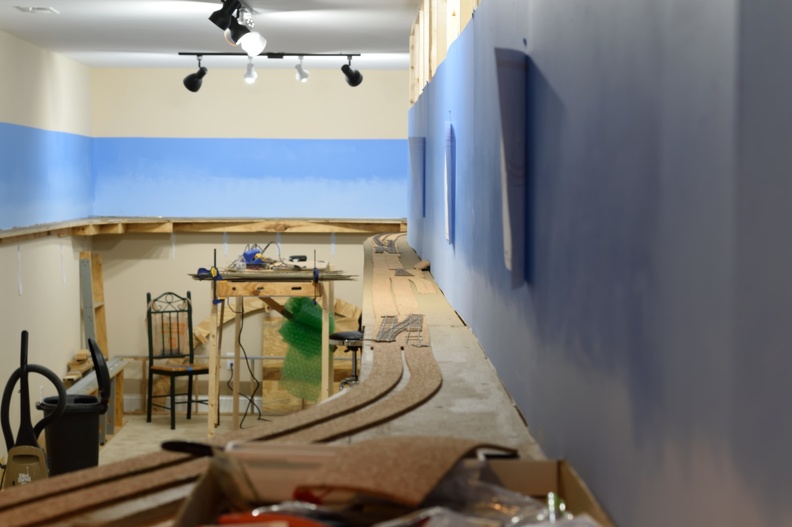