In my quest to build a modern railroad, I have spent considerable time and energy installing, building, testing and troubleshooting signals.

I started with using a Digitrax SE8c board to drive signals. This item will drive 32 heads of 3 lights each; it does this via 8, 10 pin ports and some fancy multiplexing that works due to the vision persistence that humans have.

Unfortunately, the only aspects this board supports natively (aka without additional computer control) are the standard "stop, approach,clear" with a flashing yellow option available. The aspects are driven via turnout commands across Loconet, and as one light is commanded to come on, the other lights in the same head turn off.

If you'd like a flashing red or flashing green or something even more complex, it is up to your computer to send the commands to turn the light on, then off, then on, then off, and so on. This of course means you have lots of loconet traffic and with loconet being a system based on simplex broadcasts, you can get into times in which throttle commands are not getting onto loconet as fast as they are being done on the throttle.

Since I didn't have a need at the time for advanced aspects such as medium clear, approach limited and others, this wasn't a deal breaker for me.

The board costs around $100, so the cost per signal isn't bad, even after you add the required ribbon cable, connectors, etc.

When I started the process to put signals on the upper level, I realized I would need at least another 2 of the Digitrax boards and I wasn't looking forward to connecting the signals to the ribbon cable, as the advantage I had on the lower level in spots of building on the bench and then attaching to the railroad would not work here.


I happened to run into Dick Bronson with RR-Cirkits at the Atlanta NMRA convention this past (2013) summer. I was talking to him about signals and some other electronic issues as we were on the subject of OpenLCB (aka NMRANet)[and I will post on this at another time]. He mentioned that he was coming out with a small, basic board that used a serial bus type of connection to drive up to 16 lights that would support advanced aspects and a few other tricks.

After these had shown on his site, I figured to bite the bullet and purchase two of them and test them out. JMRI decoder definitions were already available, so that part was covered. My plan if they didn't work out was to either sell them, ask to trade them back in to rr-cirkits for something else, or just give them away to a different modeler. I was fairly confident they would work out, as the LNCP I had gotten from Dick worked well and I had no complaints.

Programming them was fairly easy and the shear flexibility was almost confusing at first, but after reading the documents and trying a few different things, I realized the power of this little board was amazing. One of the very neat features is the fact that every light is totally independent of the others; in other words, you could turn on the red, yellow, green and lunar (marker) lights at the same time. You can also build out a set of lights to be displayed with a single Loconet turnout command, to include any mix of solid, blinking or dark lights.

There are also features on how the lights turn on and off; the feature that I used is named fade and simulates the cycle of the lights coming on and off - it gets brighter slowly as the light comes on and warms up, and then slowly goes dark as it is turned off.

After the first 2 were installed, I ordered another 4 and I am in the middle of installing them.
Posted by Rick at 6:06 PM No comments:

On this last Saturday, May 10th, I had what I think was operating session number 10.

This was the first session with the upper staging yard active.

A few problems with the CTC panel were found and most of them have been fixed. During this, I discovered that I needed to rework significant portions of the panel, so this week I have spent many hours renaming levers, indicators, logix and the rest.

The railroad ran fairly well, even after about a year long layoff.

A few pictures snapped by the company photographer follows: 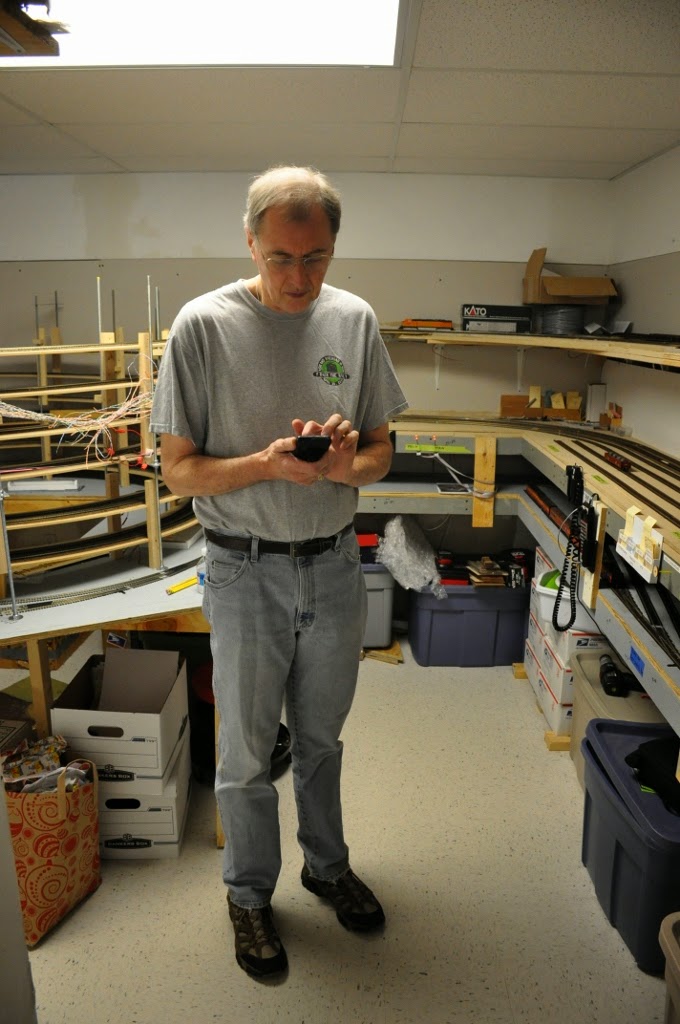 I had a work session on April 30th to get ready for a Operating Session on May 10.

The number 1 goal of this session was to restore the main line that had been served at the North Acca crossover for some time.

The crew got to work and tried to figure out how to accomplish this task.

After a few fits, the crew informed management that additional track would need to be replaced so additional resources were brought to bear on the problem. 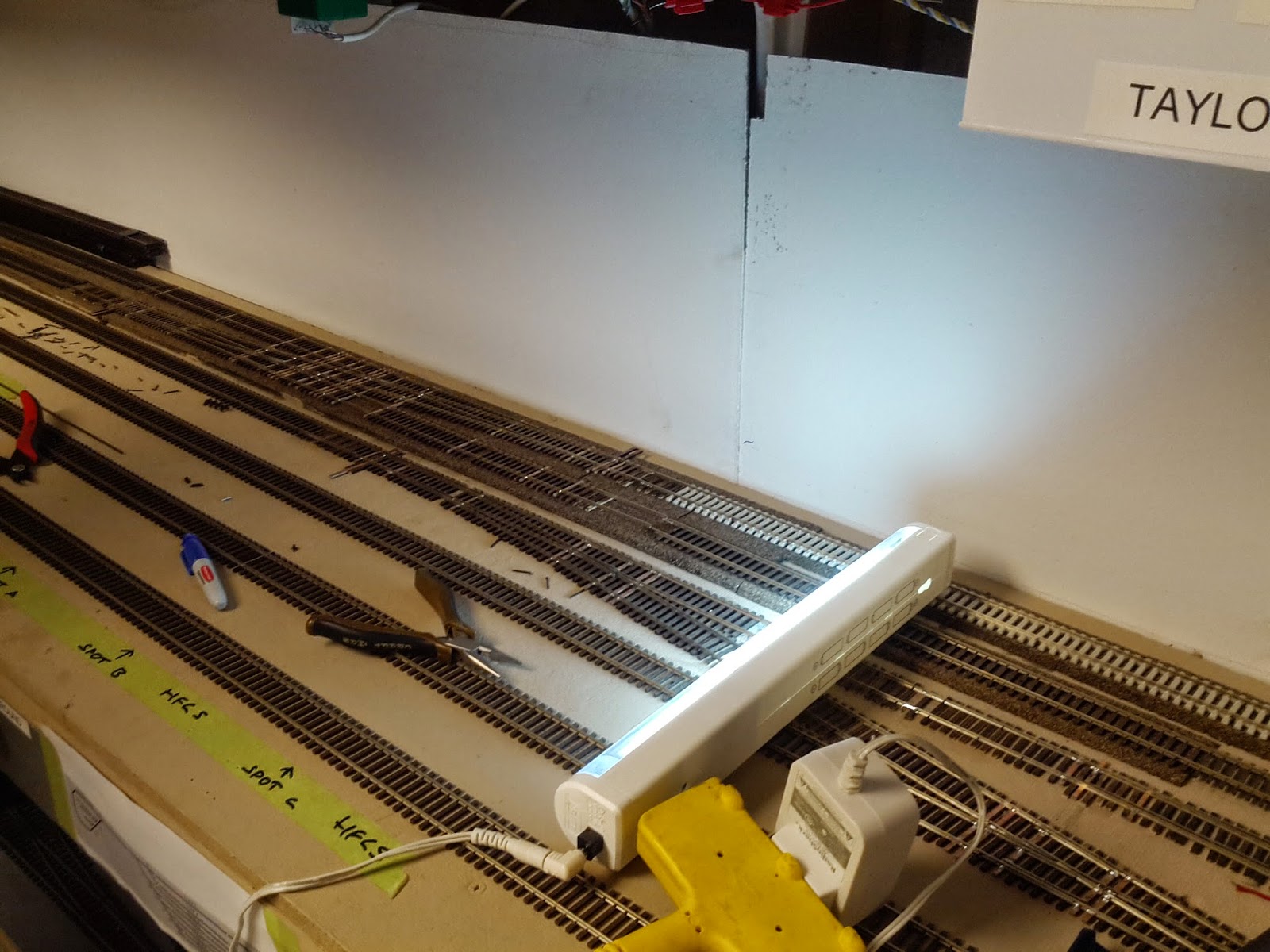 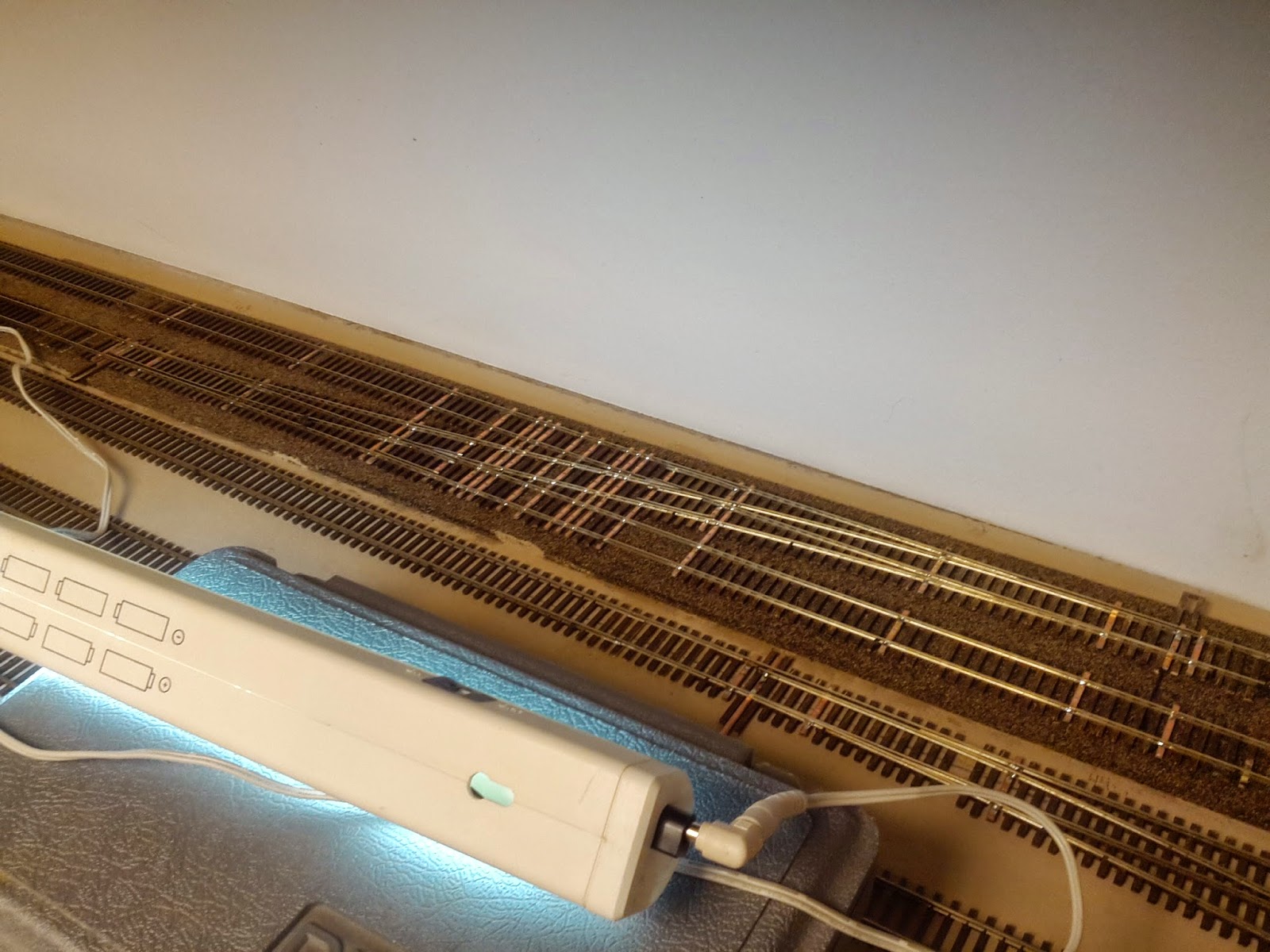 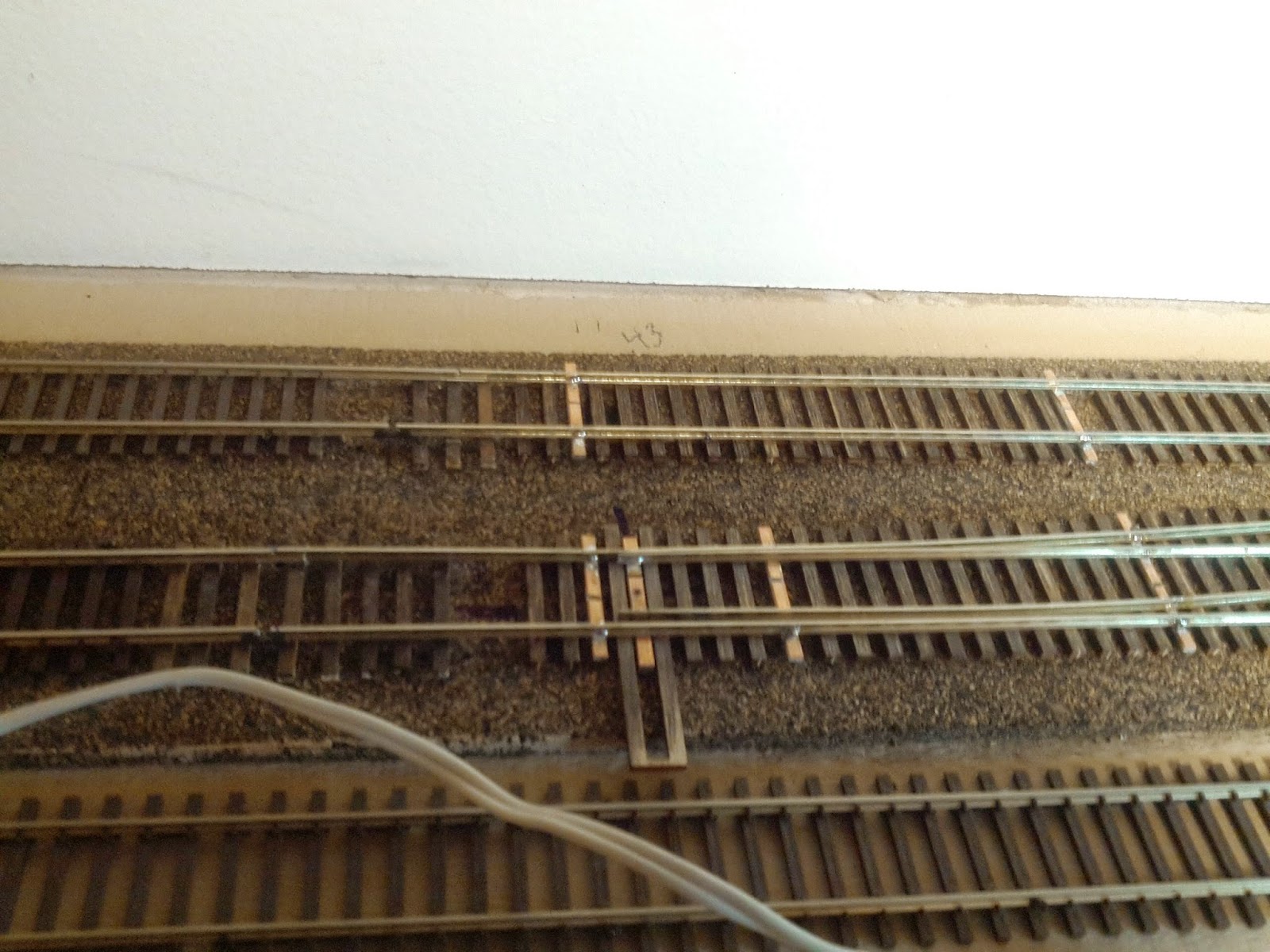