The Superliner cars have been well represented in HO scale; with multiple offerings from Walthers, Kato and a few brass lines over the years.

We are very fortunate that these cars have been the subject of lots of good models over the years, as the prototype cars are a significant part of the fleet.

The idea of a multiple level car for long distance routes was first done by the ATSF for service on the El Capitan. Budd built these cars starting 1954, with a couple of runs as the years went on. Of course, as passenger service faded, the railroads stopped buying new varnish. With Amtrak's 1971 start, new cars began to be purchased again. For more information on these cars, take a look at wikipedia here and here.

There are two major runs of Superliners, each was produced by a different manufacturer; called Superliner I and Superliner II. The major spotting difference is the trucks. The I has a very intricate design from a German firm, while the II uses a GSC truck. The truck details have been carried over into the models.

Now, the models have been pretty decent quality. The first run from Walthers was pretty decent, but detail was fair for the time period and looking at them now, details are lacking.

One thing to keep in mind is that these cars have almost no underbody pieces, as the prototype designs moved all that equipment to the lower level ends of the cars.

The later runs from Walthers, with the 'new plated' finish are very nice indeed and the Kato units run neck and neck with them. The Walthers offerings are a bit cheaper in my experience and I've amassed quite a few of them to be able to run the Auto-Train on my layout. (As the Auto-train is the only Superliner equipped train in the southeast.)

The diners, coaches and sleepers and fairly similar across the line; the differences are in the numbers of windows and their spacing.

Here are a few of the model cars; captions provided to give additional information.

First we will start at the current production plated car, from Walthers: 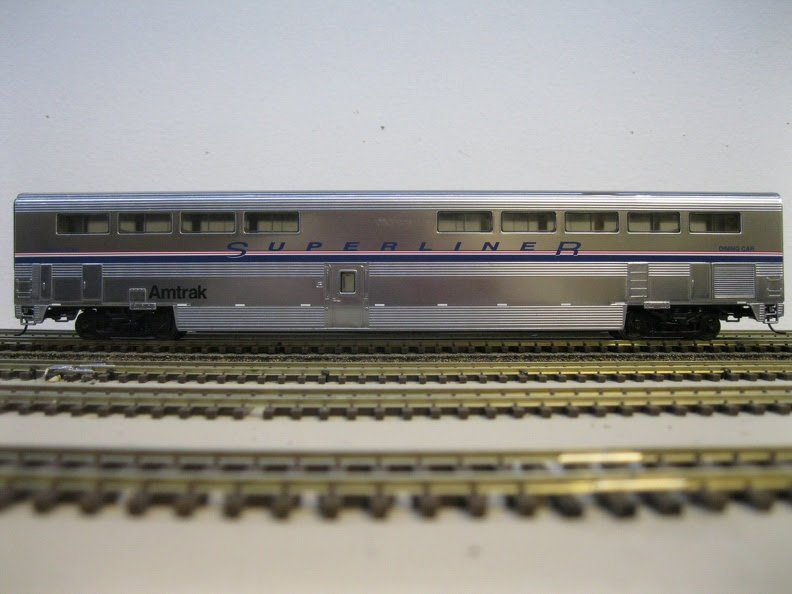 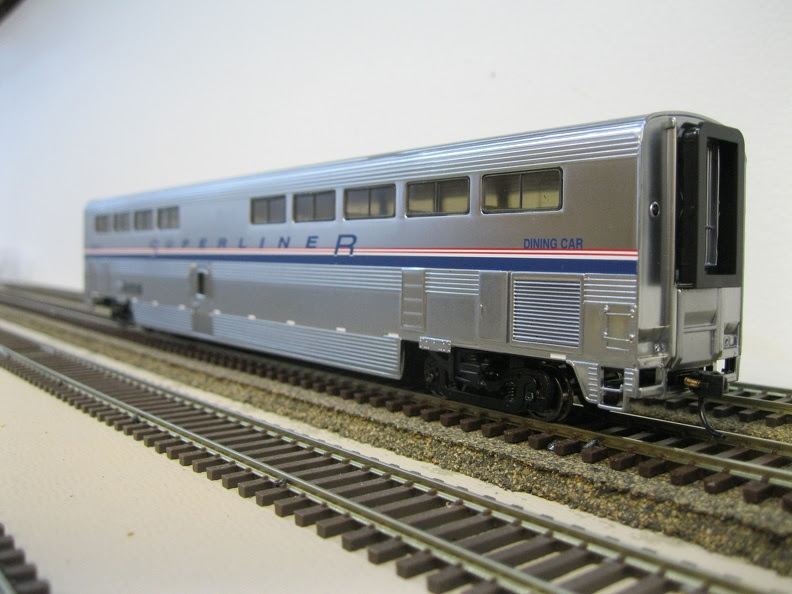 Now, let's move on to a older production car from Walthers without the plating. 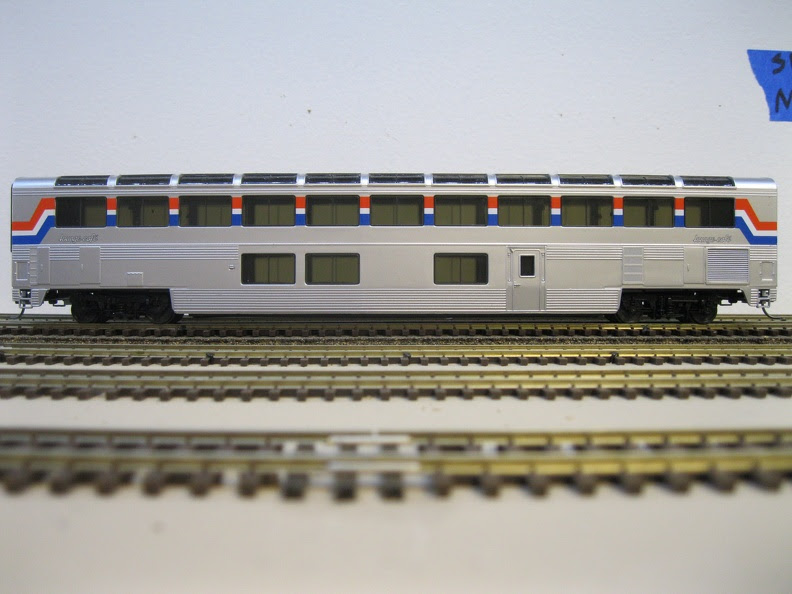