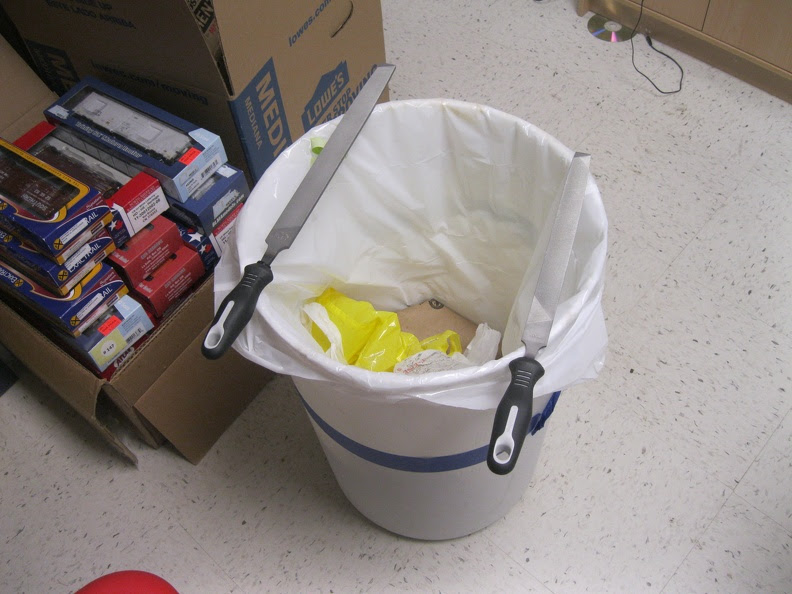 Hmm, wondering what in the world a trashbin has to do with model railroading?

Well, consider what we are seeing here - two files poised on the can.

Wonder what that could mean?

An operating session was held June 13 on the Richmond Terminal.

A full crew was present to put the railroad through its paces.

The session was the first with a larger Amtrak schedule, with trains better following the prototype (Amfleets used for everything except the Auto-Train; sleeper and diner on Silver service).

A couple of issues were found during the running of the session so changes will be in order for the next session, which should hopefully be August, but might have to get bumped to October.

I am going to document the waybills in a how-to as the crews continue to be confused by the process. (In their defense, my CC/WB system differs from everybody else in town and my operating being few and far between doesn't help)